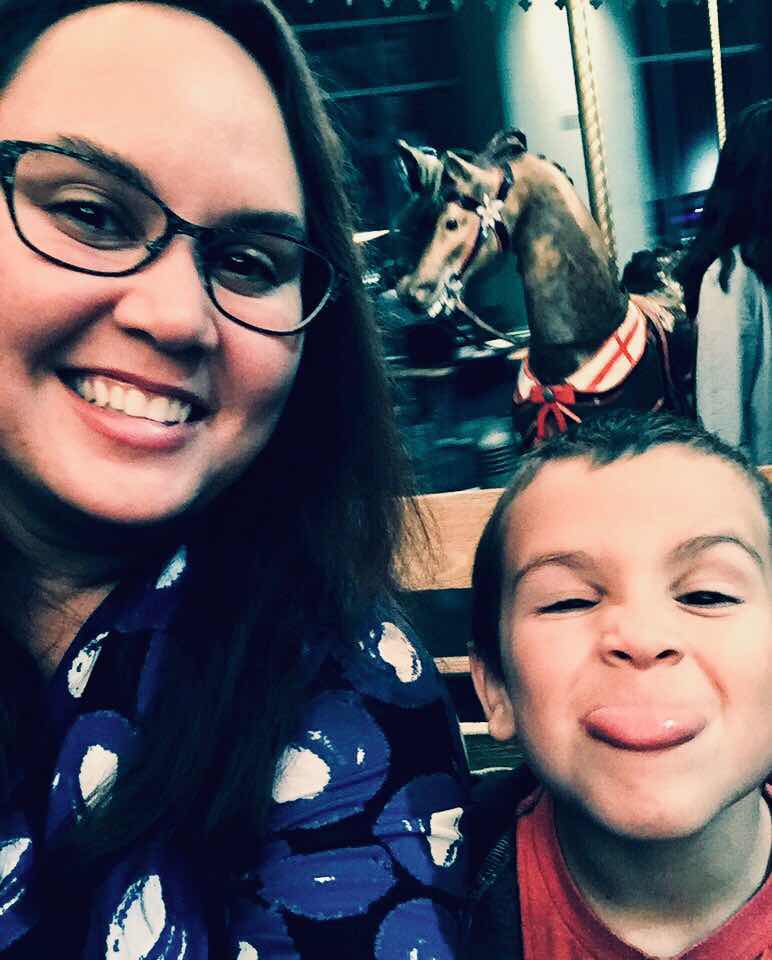 Me and nephew#2 on the mall carousel

Last summer, I overheard a group of retirees discussing the days when they were DINKs-Double Income No Kids.

I had never heard that term before.

Turns out, there is a term for someone like me.
I am a PANK.

I became an aunt on my 23rd birthday. No joke.
The due date had come and gone and I said to my brother

“wouldn’t it be nice if your kid was born on my birthday?”

I was told not to get my hopes up.

But I did anyway and lo and behold, nephew #1 arrived just before noon on my birthday.

I phoned every person I knew.

I was so excited.

My cellphone bill has never been so long with the number of calls I made that day.

Four days after he was born, I got to meet him. My brother came up the stairs, holding this tiny little thing—he fit in my hand.

The first time I looked after my baby nephew, his parents had to sneak out of my apartment while I distracted him with something fascinating happening out the window.

Smart little fella, a minute later he realized his parents had left and he began to wail.

I put him down for a nap and was shaking with silent laughter as I watched him try so hard not to fall asleep. His little eyelids fluttering as he let out baby snores.

I took him grocery shopping and still remember the look he gave me when I couldn’t get him out of his car seat.

“Really, woman? My mother does this all the time.”

The first time I looked after him overnight, I was so paranoid that I would sleep in and not hear him wake up.

I woke up the next morning and a second later he toddled in, holding a clean diaper.

It was so early, I sat with him on the couch, turned on the TV and he sat patiently while I took several hours to fully wake up.

I remember the first time he called me Auntie.

I was hanging up our jackets in the hall closet and as my back was turned, his soft little voice said “Auntie.” 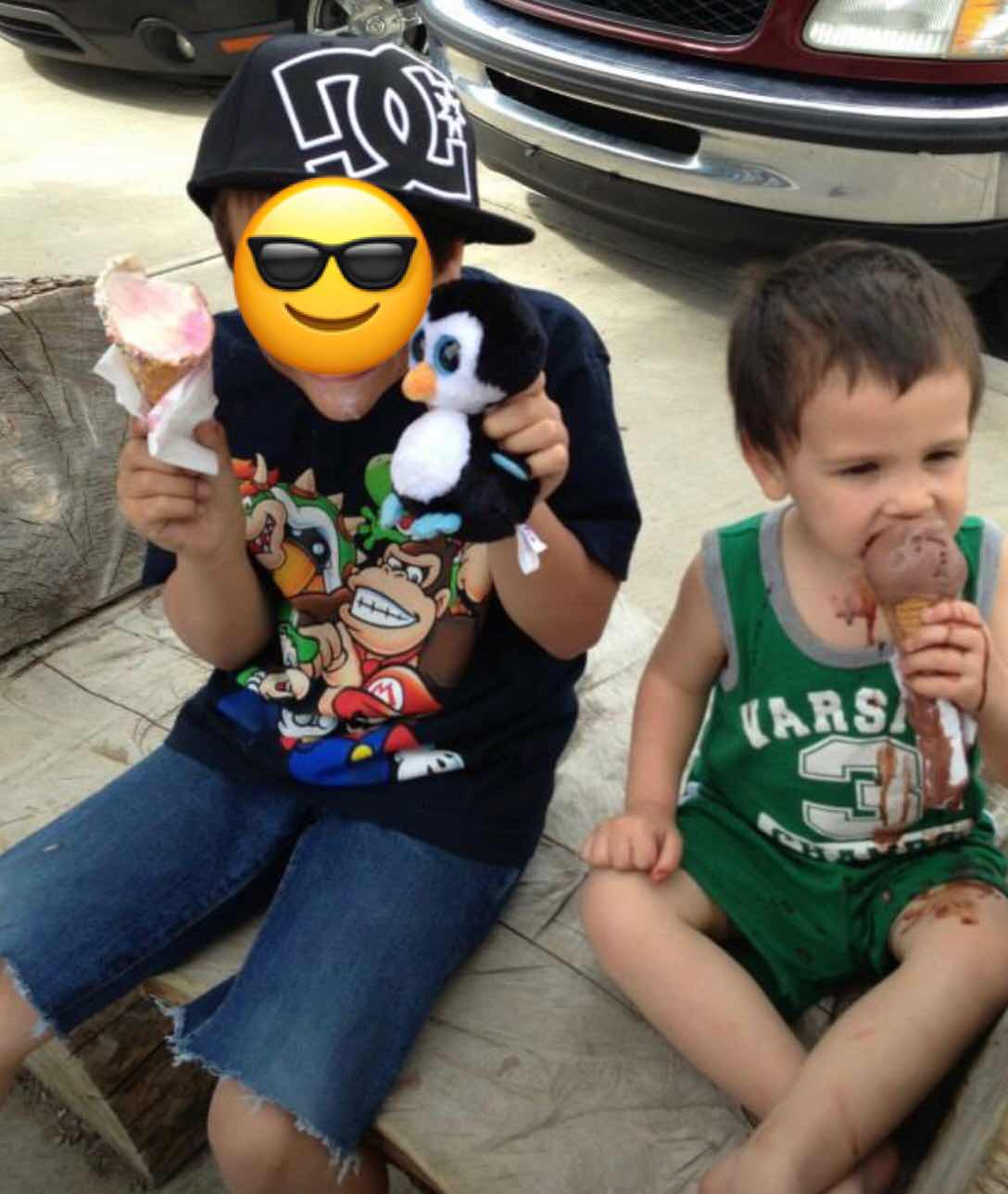 The first time nephew #2 slept over at my house by himself, he woke up in the middle of the night spewing vomit all over my new spare bed.

So I did what any Professional Aunt w/No Kids would do.

I called his parents.

I was up for three hours, mopping up puke while the little guy sat over a bucket and watched cartoons.

4 AM, parents arrive and I go back to bed.

I see all the chaos that goes on before and after that photo.

I remember being a child. I didn’t like it. I felt trapped inside a little body that wasn’t allowed to do anything.

The adults who gave me hope of a glittering future were my music teachers, my aunts, and uncles.

From a young age, I wanted to be a violin teacher, to help and inspire other kids to learn an instrument I loved so much. And I did so, for 10 lovely years. I had a vision and I lived it out.

I never had a vision for being an aunt. I wanted my brother to be free like me and we could travel and go on cruises with 24-hour buffets.

What I did have, were wonderful examples from my own aunts and uncles.

Always supportive, they gave me gifts and I was always excited to visit them. I felt loved, as I was, without expectations.

So that pretty much sums up my style of “aunting”.

Aunthood has solidified my decision to not raise humans. I love playing the supportive role-being able to spend consistent, quality time with my nephews.

I believe it is important to invest in the younger generations. I just don't believe that parenthood is the only option.

Grandparents know the secret, that it's so much more fun to be a Grand.

PANKhood is the same. It's a blast. It really is.

I love listening to my nephews talk non stop and telling silly jokes and the three of us goofing off in the baby section of Indigo, playing with puppets.

After six days of planning meals and activities and arguing over endless Spongebob episodes, I can send them home with a belly full of grilled cheese and cookies and new toys that will end up in the donation bin after a few weeks.

Someone recently asked me

"who's gonna remember you if you don't have kids?  No one will call you Grandma LeNora."


Well actually, nephew # 2 calls me Grandma all the time. He did that in Safeway the other day and people looked at me in shock.

He just gets his words mixed up.

In response, I said that I was not worried about being forgotten. And even if I am forgotten, who cares?

Is my ego that big that I need to procreate and worry that my offspring remain alive so long that my name is spoken of on occasion?


I have been given the opportunity to live this lovely life as I see fit, to know the love of children in the form of nephews and the children of my close friends.

I enjoy my sleep, my money, my health.

So long as I put out love into the universe, it will be with me throughout my life. 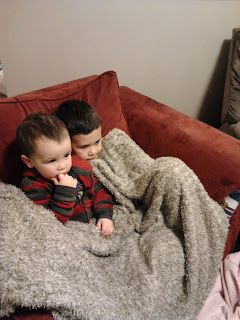 Love you very much,