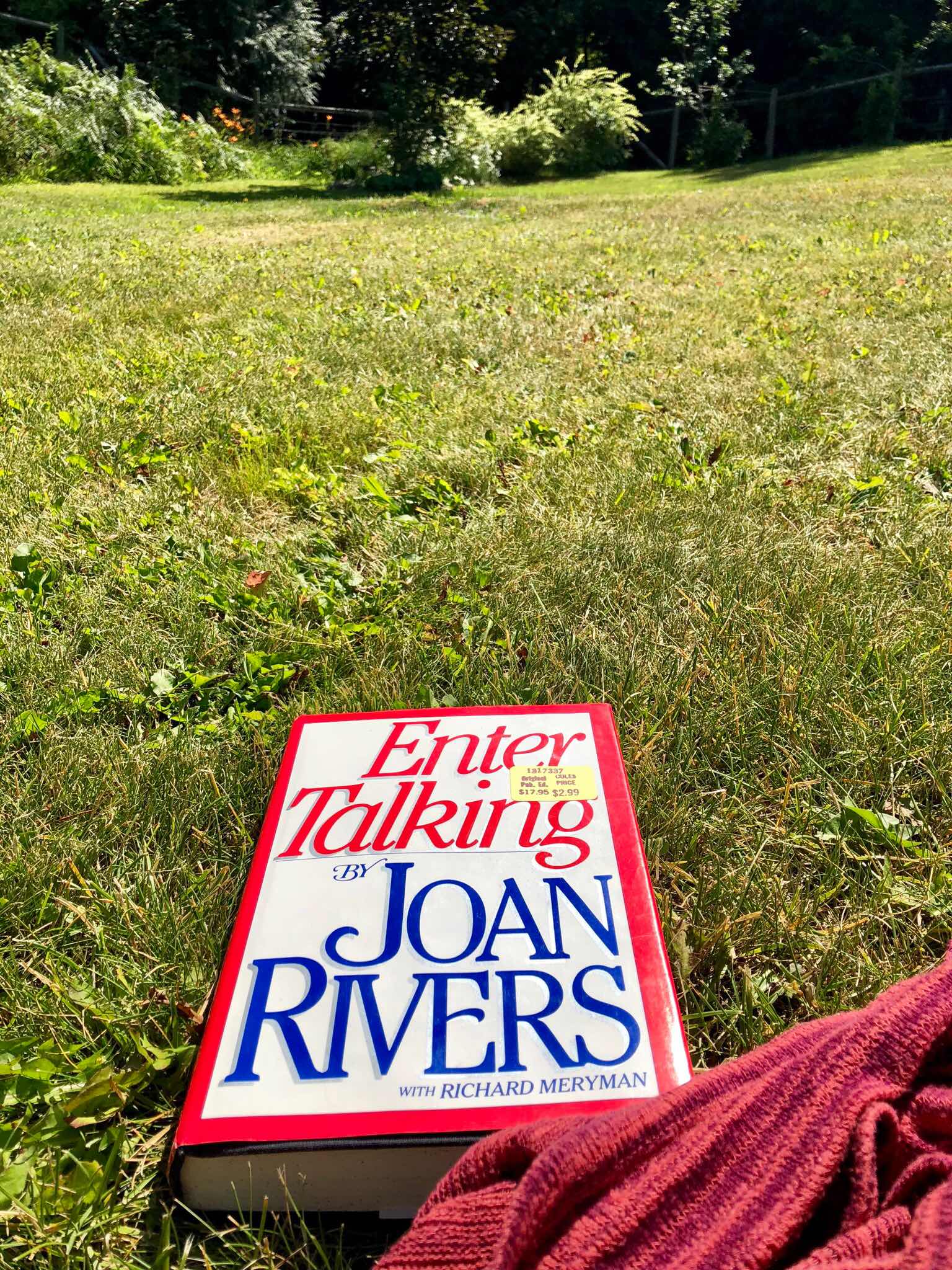 I’m lying out in the yard of my vacation spot, reading a book and obviously working on this post.

I found this book amongst the vast collection at my late uncle’s house when I was there to help with the estate sale.

Just in case the photo isn’t loading on your device, the book I’m reading is about Joan Rivers. It was published in 1986. I was 3 years old.

I’m only a few chapters in and at this point, Joan has just gotten an annulment from her first husband.

She decided to pursue her dream of becoming a star, after setting her ambition aside to live a life more conducive to her mother’s wishes.

Joan’s mother wanted her to marry money, to have a suitable secretarial job until she found a rich husband who could give her the ultimate WASP lifestyle.

Joan wanted to be an actress. To be the star of stage and screen. She had passion and drive and she discovered her ability to make people laugh at a young age. It gave her power.

Joan was all about the glamour, the money, being an independent woman of vision, living fully until the day she died.

I know that I will be writing about Joan Rivers several more times, the more I read her book.

When I was very young and learning to read, I found a book about electricity on our bookshelf. I studied the book, determined to become the smartest little girl in the world.

My eyes glazed over at some point, I really wasn’t that interested in electricity.

I was 7 when I started taking piano lessons. My mother knew I was naturally musical because I would hum church hymns when I was a baby. 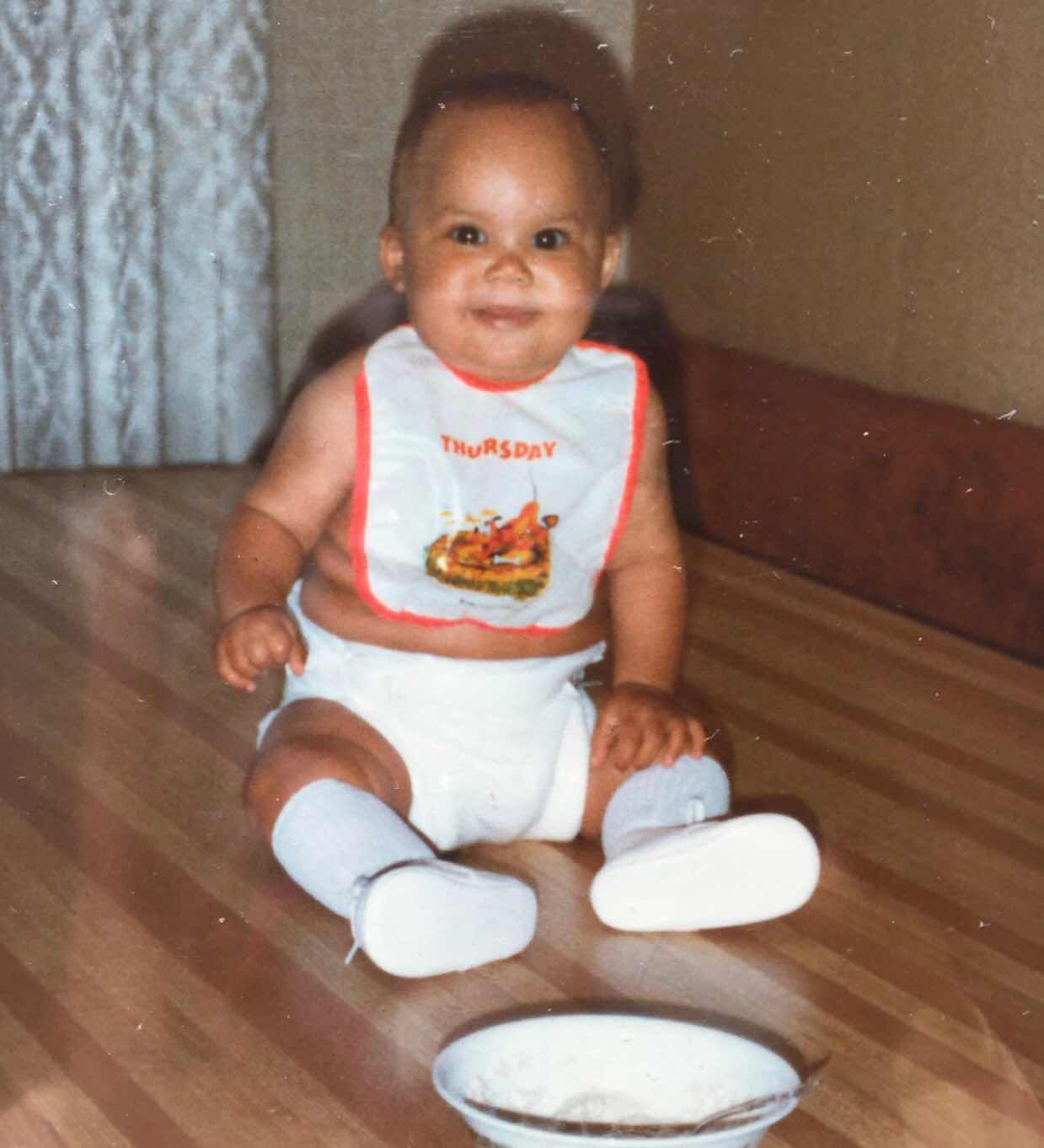 Am I singing for my supper? Probably not!

Music quickly became my way of channeling my desire to become a superstar.

Not that I even knew what that meant.

Nobody in my circle of influence was aiming for the stars. My family went to church 3 times a week. All I knew was that adults got married, had kids, the husband went away to work and that was kind of it.

I was never the top music student, never the star of the school play but I saw a way for me to explore a life beyond the norm that surrounded me.

And so, I poured my little girlish heart into music. I loved composing melodies on our 100-year-old upright piano.

I was 9 years old when I began playing the violin. My confidence blossomed immediately. My purpose became clear for the next 18 years.

Or so I thought.

Pursuing a big dream is like being at the bottom of the ocean and trying to get to the surface before you die.

You add all the shit that comes with growing up and adulthood and suddenly you have a 300-pound anchor attached to your leg as you struggle to breathe.

It’s sometimes easier to set aside the dreams and goals and settle into a life that’s comfortable and secure and like the ads on TV.

Let the next generation have a crack at it.

Someone asked me what would it matter if I didn’t write every day and post on my blog as often as I set out to do.

I responded by saying that I would let myself down.

Dreams evolve, the essence of what I want to achieve is still there. I realized that while music took me as far as it did, it wouldn’t take me where I was needing to go next.

I needed to use more words than I could fit in an instrumental song.

So I’ve been learning to write to express myself. To continue on my long swim to the surface.

As much as I wish that I had been a wunderkind, I appreciate the journey it takes to evolve into the person you are meant to become.

So, to my 9-year-old self, hang in there. I love you. Read that book about electricity and practice your scales!