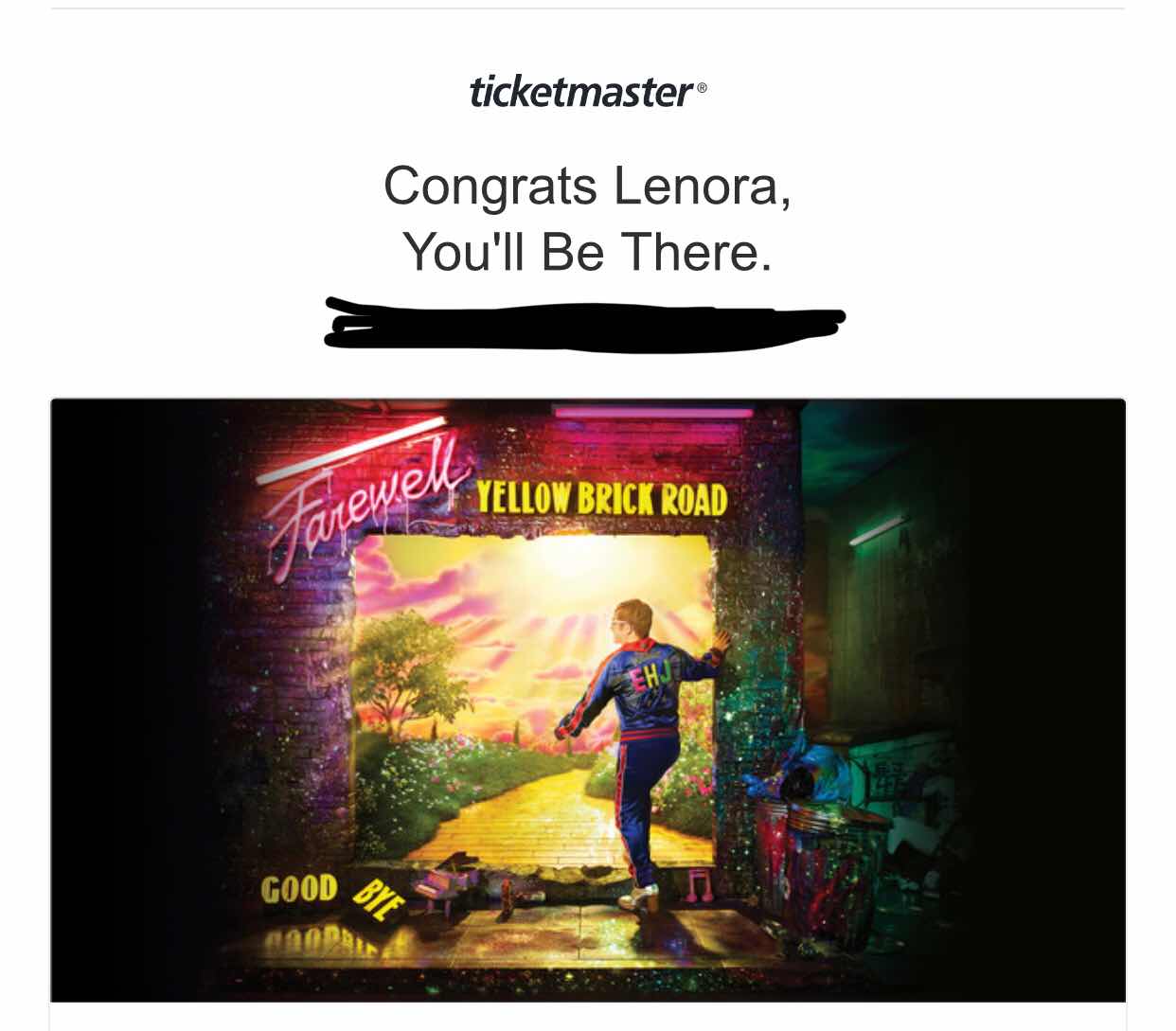 This morning, I awoke to a snow storm and a text message containing a code I could use to get early access to Elton John tickets.


I had 3 New Years' resolutions this year.

By March, I had completed the first two and figured I'd be OK with two out of three since Elton had not announced plans to tour my part of the country.

Traveling to see him was an option but the house and vehicle were top priority.

Elton John has been my music idol/hero since I was 9.

I had already been taking piano lessons for two years and hearing someone playing piano the way he did on the radio was so inspiring.

Of course, The Lion King was a huge movie at that time and my piano teacher let me watch it at her house since I grew up in a house without a TV and wasn't allowed to go to the movie theatre.

My brother and I played "Can You Feel the Love Tonight?" as a duet for our piano recital that same year.

My late uncle bought me the soundtrack CD for my birthday.

I practiced and practiced until I could play "Goodbye Yellow Brick Road" on the piano. Years later, as a violin teacher, I would teach his music to my students. 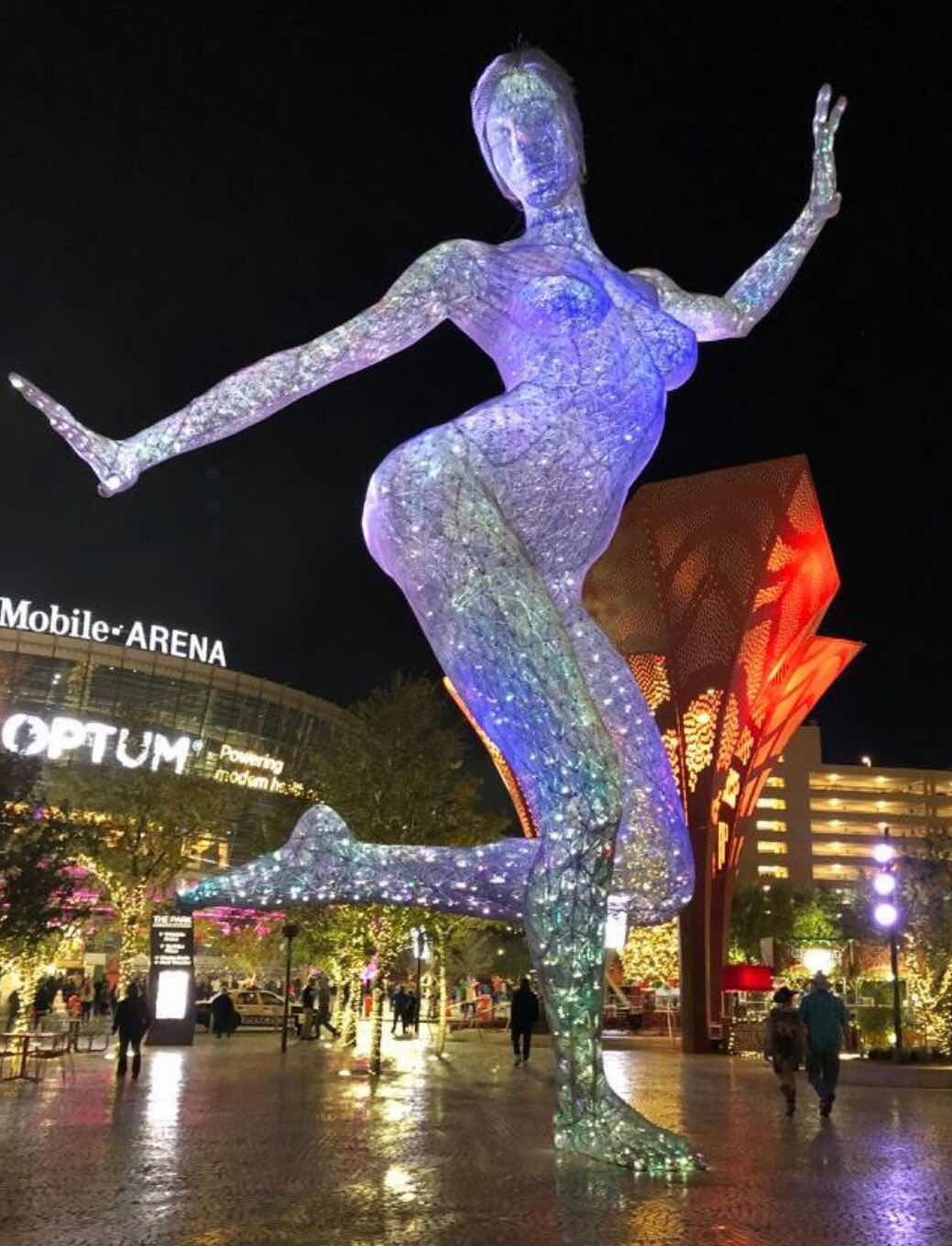 But it was his fashion sense, his flamboyant style that grabbed my 9-year-old attention.

I came home from school one day and told my mother that I saw a book about him with photos wearing platform shoes and big glasses and glitter.

I wanted to be like that. A gay British man.

So, this morning, just as I looked out the window at the foot of snow that fell overnight and was about to dive back into my warm bed, the text message arrived.

I clicked the link to Ticketmaster and entered my code to unlock early ticket access to his farewell tour. I had registered as a verified fan back in January.

Fingers crossed, I waited for the transaction to finish as the countdown clock ticked.

10 minutes later, I had my ticket. Floor seats.

I have 360 days to prepare an outfit, complete with glitter and platforms and a colorful wig to pay homage to my music idol. 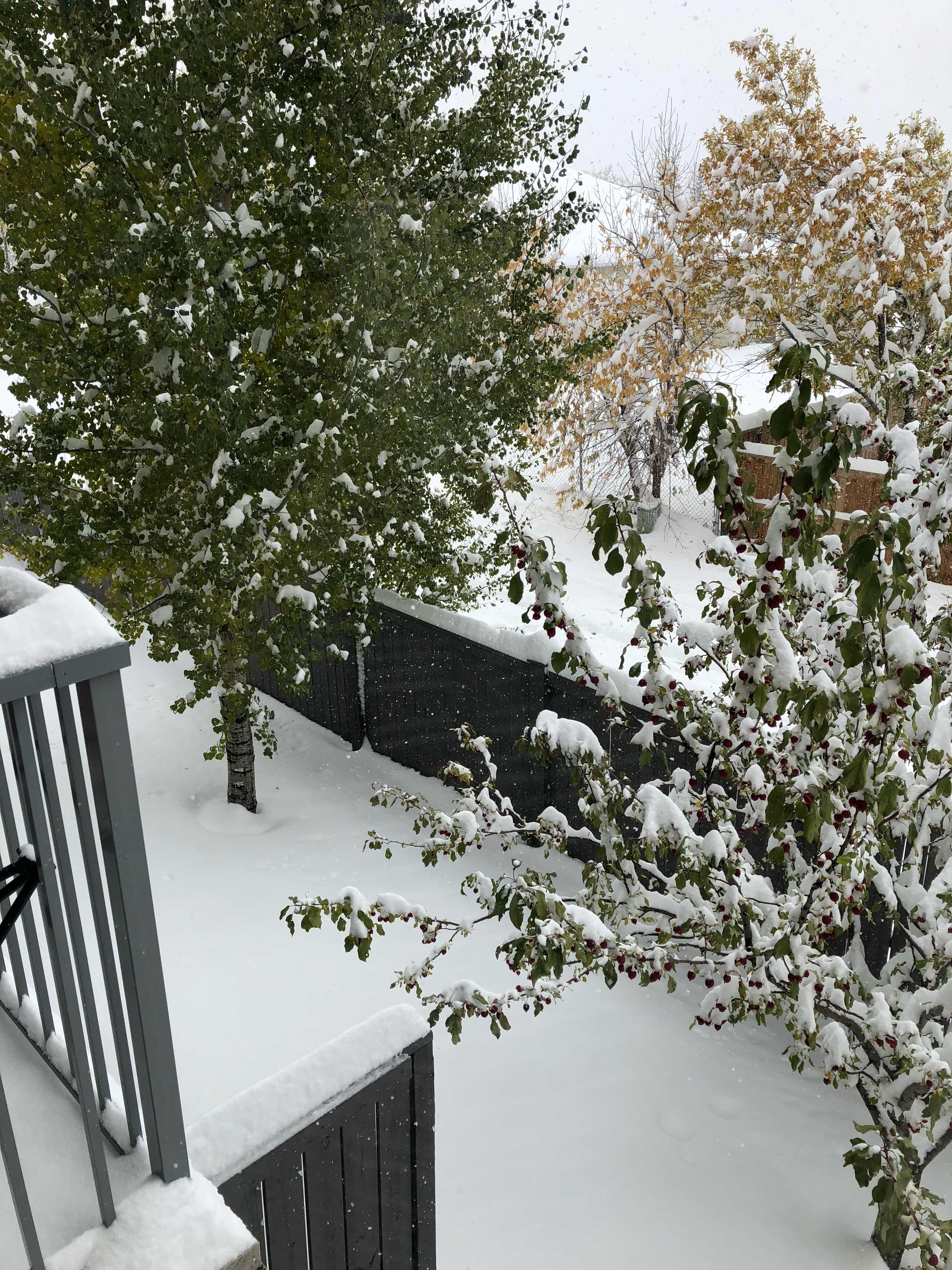 
All the childfree links!

Email ThisBlogThis!Share to TwitterShare to FacebookShare to Pinterest
Labels: goals