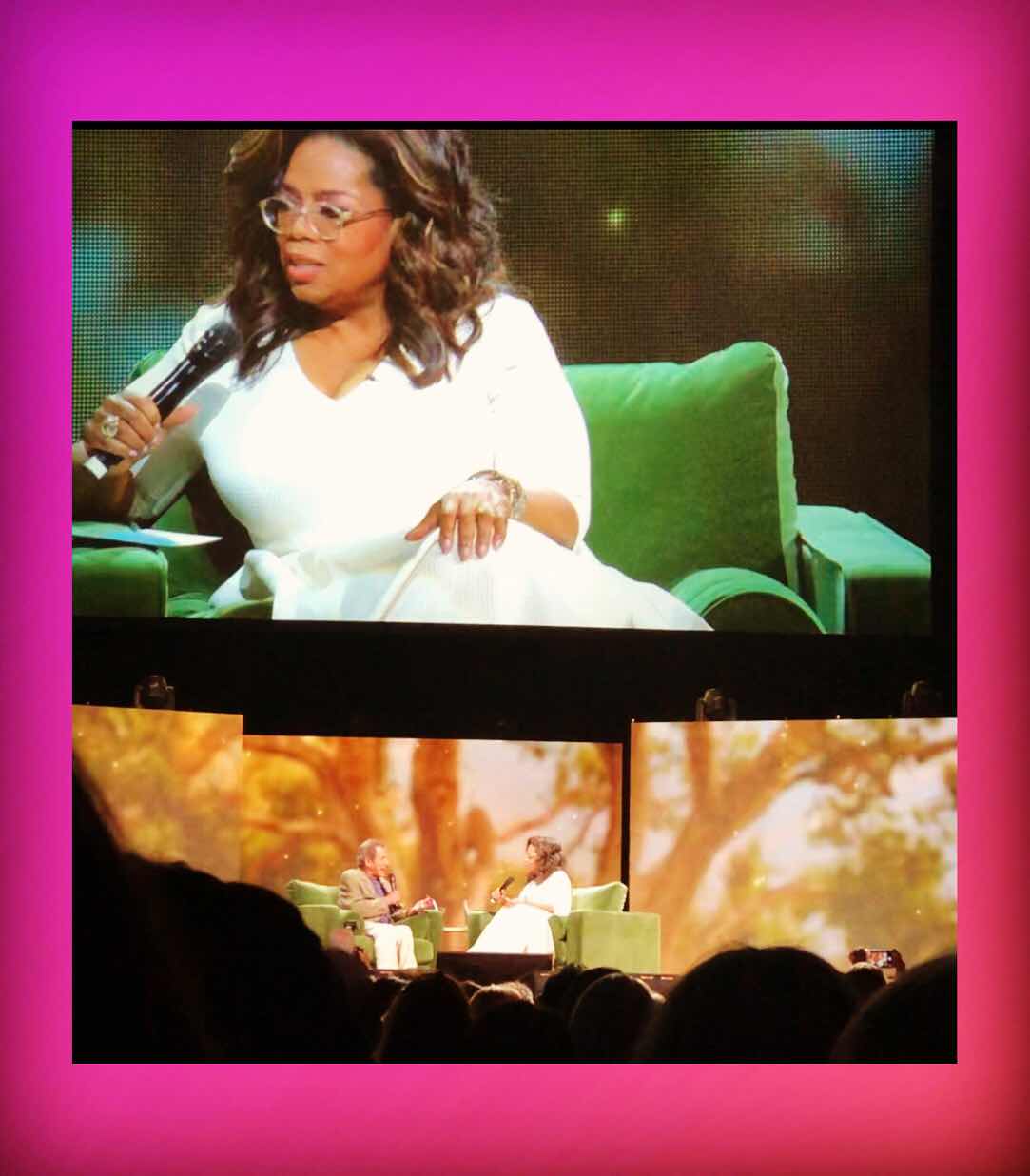 My brother and I had tickets for the nosebleed section but when we arrived early, we got upgraded to floor seats.

We wandered around the club level for a while before making our way onto the floor.

It was a party atmosphere.

A lot of women with wine dancing to Beyoncé in the aisles.

I don't drink but I'm sure I got drunk off the alcohol fumes permeating the air.

The floor seats are so close together you can't help but get to know your neighbors. Lucky for me I sat beside a cute couple. We got to chatting about where we grew up and certain life experiences we've faced.

For me, it was a nice reminder that every single human being has a story. The details may be different, but the underlying feelings are the same.

You can bond with a stranger over a shared feeling. 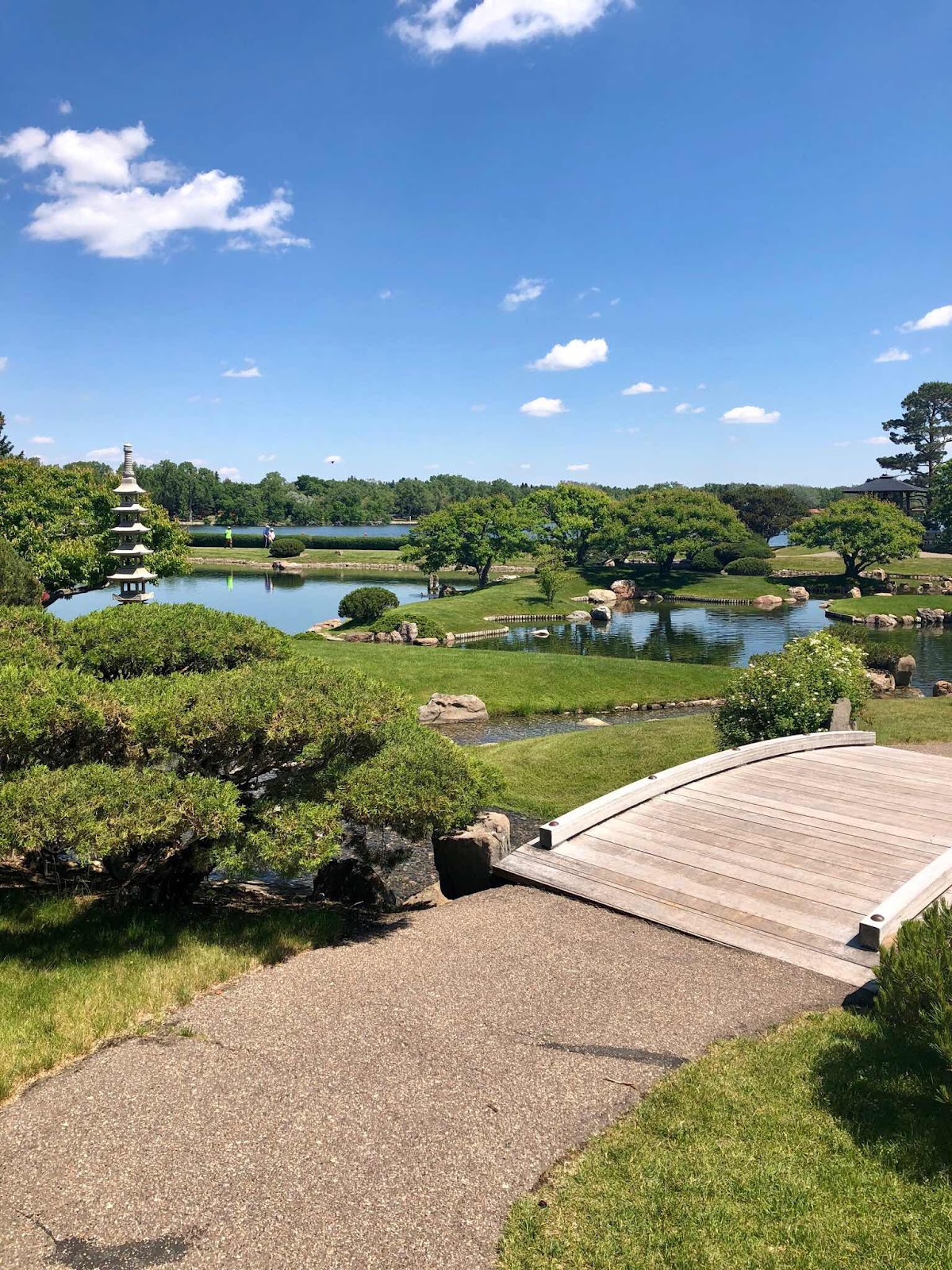 (I took a day trip on Monday to visit these Japanese Gardens 2 hours south from where I live.)

The entire stadium rose to greet Oprah when she walked out on stage. She wore a beautiful floor-length white dress. She looked amazing.

We were sitting in row 16 so I could actually see her.

To me, the atmosphere was calm and cozy, despite 18,000 people in attendance.

Even when sharing a story about how she once told the pilot to turn the plane around mid-flight so she could visit her dying mother.


"You can do that when you own the plane" she said, to laughter.

Oprah has a gift for weaving her poor beginnings into her enormous success without making you feel less than. You can tell she appreciates everything she has.

My favourite story she shared involved her b/f Stedman.

He was complaining to her that someone had called him "Oprah Winfrey's Boyfriend" instead of his actual name, Stedman Graham.

She told the audience that she let him calm down for a while before reminding him that yes, she IS Oprah Winfrey and yes, he IS her boyfriend.


She told him that she was not going to shine less just so that he could shine more.


She told us that she spoke from a place of love and not fear which made all the difference in that conversation.


I've only had one long-term relationship and I remember the days when I spoke from a place of fear. I hated that feeling.

Writing helps me to deal with feelings. To explore and express how I feel.

Oprah is an inspirational figure to me. 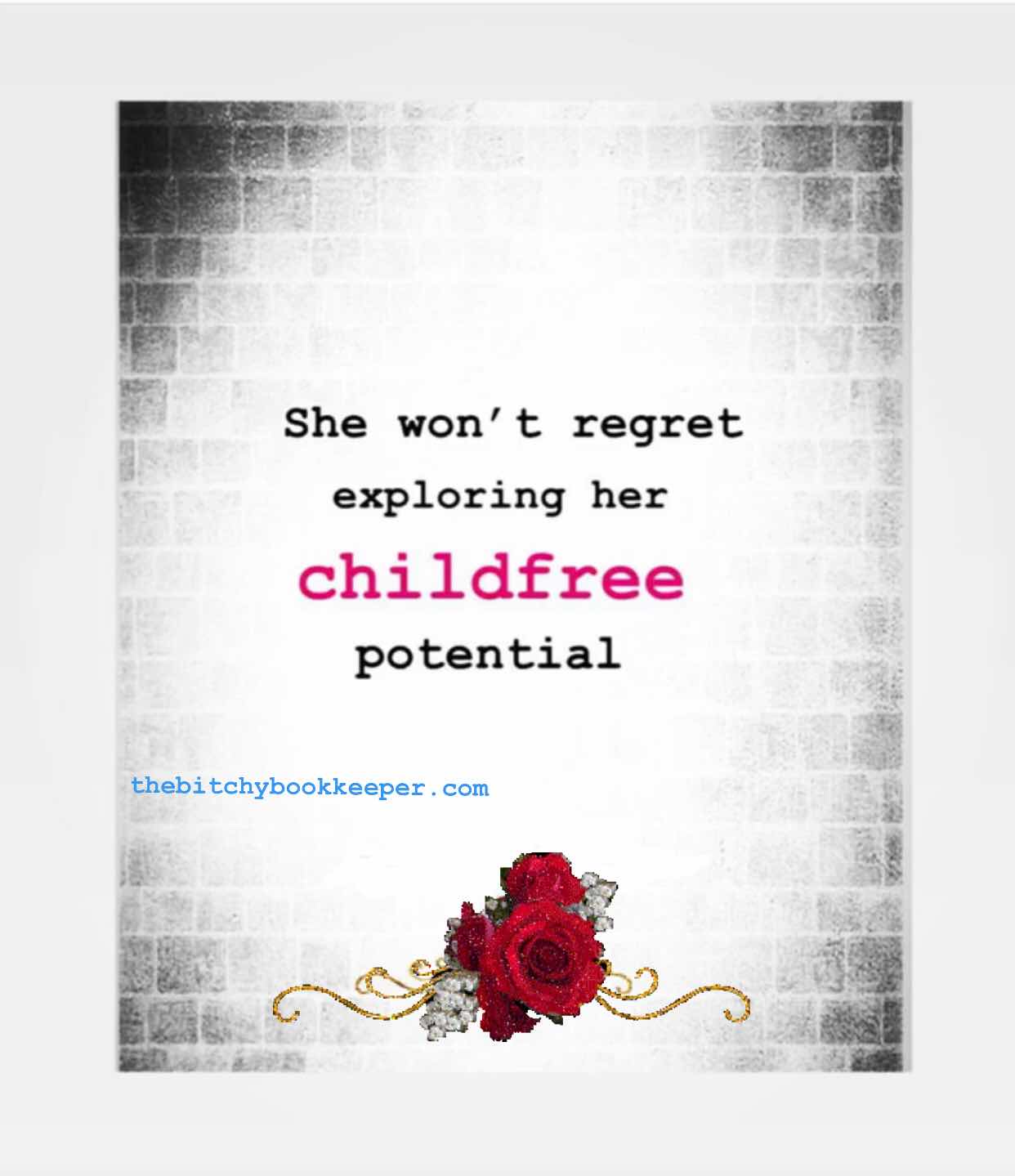 Have you ever gotten asked this question:

" What's the point of your life if you aren't married and don't have kids?"


I saw that question a few days ago, again, on social media. It can feel like a personal attack if you aren’t ready for it.

The title of Oprah's speaking tour is called "Your Path Made Clear", after her new book which is going to benefit The Oprah Winfrey Boys & Girls Club in Mississippi where she's from.

I just Googled the facility and it's impressive.

Anyway, having a clear path for your life.

Knowing what you want to do and what it is you came here to do.

I grew up religious so my "path" was to follow the bible exactly as it was "written" and don't question a thing.

When I was 12, after years of music lessons ( piano and violin), I decided I was going to grow up to be a professional violinist and teacher. That's as far as I could see my life.

At 26, my path became very muddy. I had no idea where I was going.

I'd say it has taken another 10 years to get to where I am now, seeing another path for myself.

And it's actually merging everything I've wanted to do since I was a child.

As I sat in the audience watching Oprah--a 65-year-old woman who has created such an empire, I thought how cool it is to witness someone doing what they love.

Her energy filled the stadium. 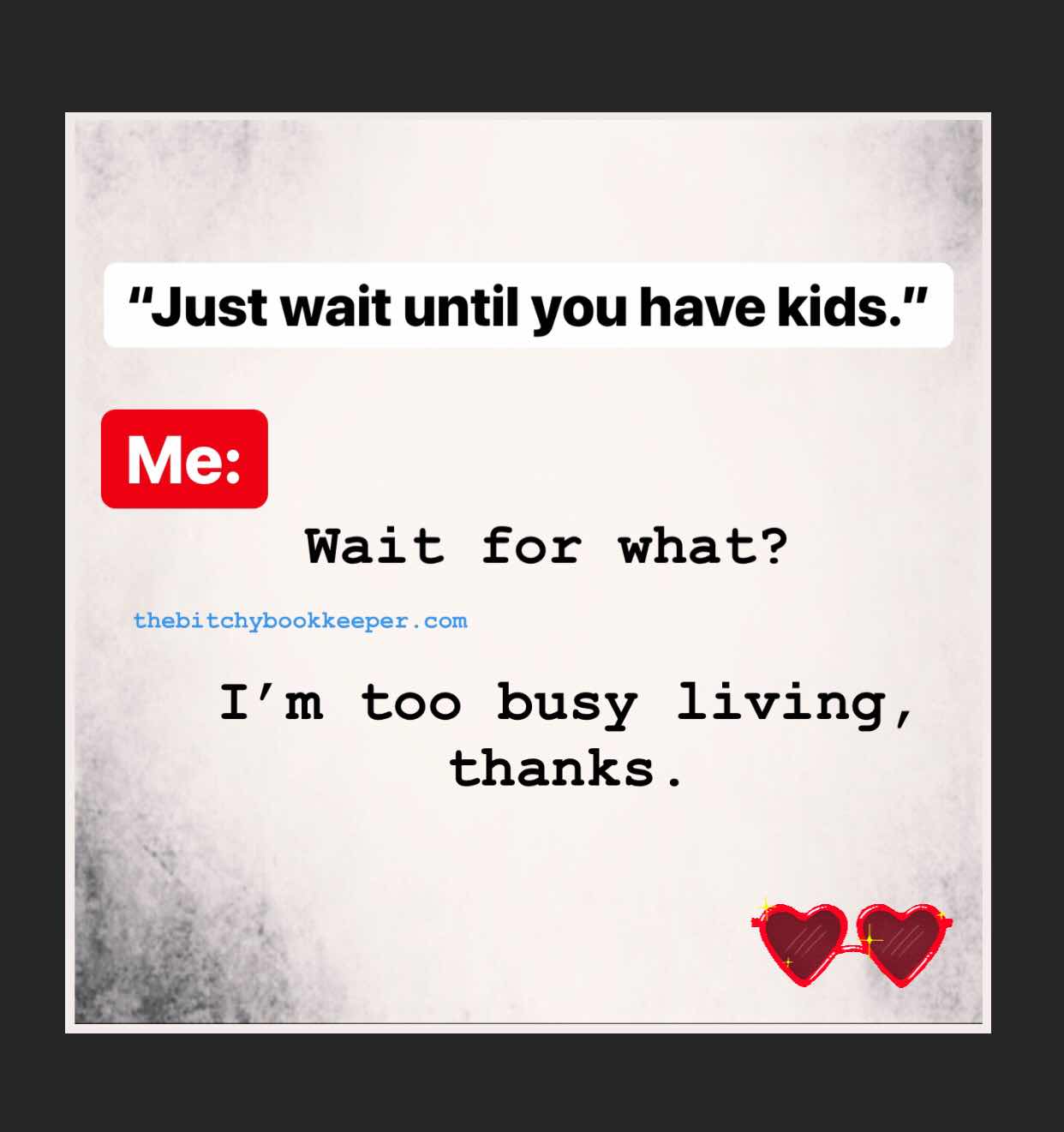 I love my alone time. My solo travels. Singing to myself in my vehicle as I cruise the mountain roads. Even cooking dinner in my kitchen. Those moments fill me up.

And then I have so much energy to give out.

I want to give it to people who are looking to feel better about life. I want everyone in the world to feel like life is worth living. That you don't have to do the same thing that has been done.


As your life progresses you begin to understand its deeper meaning. If you ignore it, life gets really hard until it forces you to stop and take a look at yourself.

I know this because it has happened to me.


I love to talk and share life experiences. I'm an open book, you can ask me anything. I'm discovering the power of sharing because it turns out, most of us have common feelings about the same things. And then you don't feel like you're alone.


Isn't it a great feeling when you meet someone else who doesn't want kids?

Or when you realize that visiting your hometown makes you feel all those icky feelings you had as a teenager.

We can surround ourselves with dozens of people. Have a massive social group and yet no one really knows how you feel inside about the smallest of things.


Those small things seem insignificant but they aren't. Chances are, most people feel the same way but no one ever says anything about it. The next time you meet a stranger, mention something in passing about how you feel if you're making small talk. You may find some common ground.

Oprah acknowledges that she is still on her journey and learning more about her place in this world.

She also says that life begins at 50. Which is great to know because I'm turning 37 in December and I don't worry about my age at all.

I don't wish to trade places with anyone else. I am me. I'm discovering all that I can do and I'm willing to put myself out there in a manner that suits me.

Somedays it definitely feels like a gamble--that maybe I should give up and take a safer route but that would mean betraying myself.


Another good point that Oprah made last night. Standing up for yourself, in all situations.

So, bringing this back around to choosing to remain childfree.

I, LeNora Faye, hereby declare that I shall remain childfree-by-choice as this is the path that I've been called to. I have a lot to offer this world, even if I can't yet put it into words. I am valuable and feel at peace with where I'm at.


And I wish this for you, dear Bitchy Readers, to feel valued and at peace with where you are in life. It's always changing.


Have a lovely day.